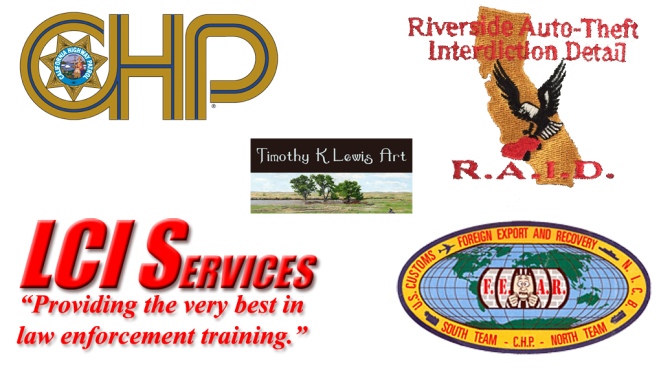 Tim Lewis, a retired Criminal Investigator from the California Highway Patrol, is now in his 20th year of LCI Services Law Enforcement Training.

Tim served the first seven years of his career working patrol in the East Los Angeles and Riverside areas. He dedicated the last 13 of his 20-plus years to working on special investigative assignments on Task Forces and Investigation Units, including the Riverside area Special Investigations Unit, Riverside Auto-theft Interdiction Detail (R.A.I.D.), Foreign Export And Recovery (F.E.A.R.) team, and again R.A.I.D.

Tim was federally cross-designated with the U.S. Customs Service and has participated as a member of specialized information gathering and dissemination teams, as well as serving on assignments to law enforcement special task units, and an FBI task force. He has received many commendations and awards for his efforts.

Tim Lewis has conducted many investigations involving violent crimes, drugs/narcotics, clandestine labs, and vehicle theft. He has investigated more than 300 chop shop cases, written more than 100 search warrants, and has handled the many aspects of working sophisticated criminal cases. He has participated as lead investigator and case assistant investigator with, an unusual, six long-term career cases involving high profile Sophisticated Criminal groups. He has studied the history and culture of these organized criminal groups and has attended many law enforcement training classes dealing with the various organized-criminal operations.

Tim has testified many times as a court-qualified expert in the field of drugs & narcotics, vehicle theft & chop shop operations, and vehicle identification in the Los Angeles and Riverside Superior Courts. Tim has taught many classes to Local, State, and Federal law enforcement agencies on topics such as Rolling Surveillance ™, Undercover Field Operations ™, Chop Shop Investigations and Criminal Sophistication ©, Methods of Operation, and Vehicle Identification.

Tim is the first to define the four levels of vehicle theft sophistication and made a clear distinction separating the levels; by methods, motives and structured operations carried out by criminal individuals and organized criminal groups. Including informant profile and usefulness.

LCI SERVICES law enforcement training has brought the experts together to teach the courses dealing with the topics needed to investigate successfully, these criminal groups, and to help prepare those officers and investigators for the unexpected as well as the essential elements and information required to bring about a successful case conclusion.

“It is not the critic who counts; not the man who points out how the strong man stumbles, or where the doer of deeds could have done them better. The credit belongs to the man who is actually in the arena, whose face is marred by dust and sweat and blood; who strives valiantly; who errs, who comes short again and again, because there is no effort without error and shortcoming; but who does actually strive to do the deeds; who knows great enthusiasms, the great devotions; who spends himself in a worthy cause; who at the best knows in the end the triumph of high achievement, and who at the worst, if he fails, at least fails while daring greatly, so that his place shall never be with those cold and timid souls who neither know victory nor defeat.”
~Theodore Roosevelt 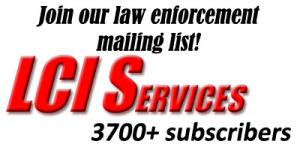 Rolling Surveillance Taking the Streets of Pearland and Houston, TX 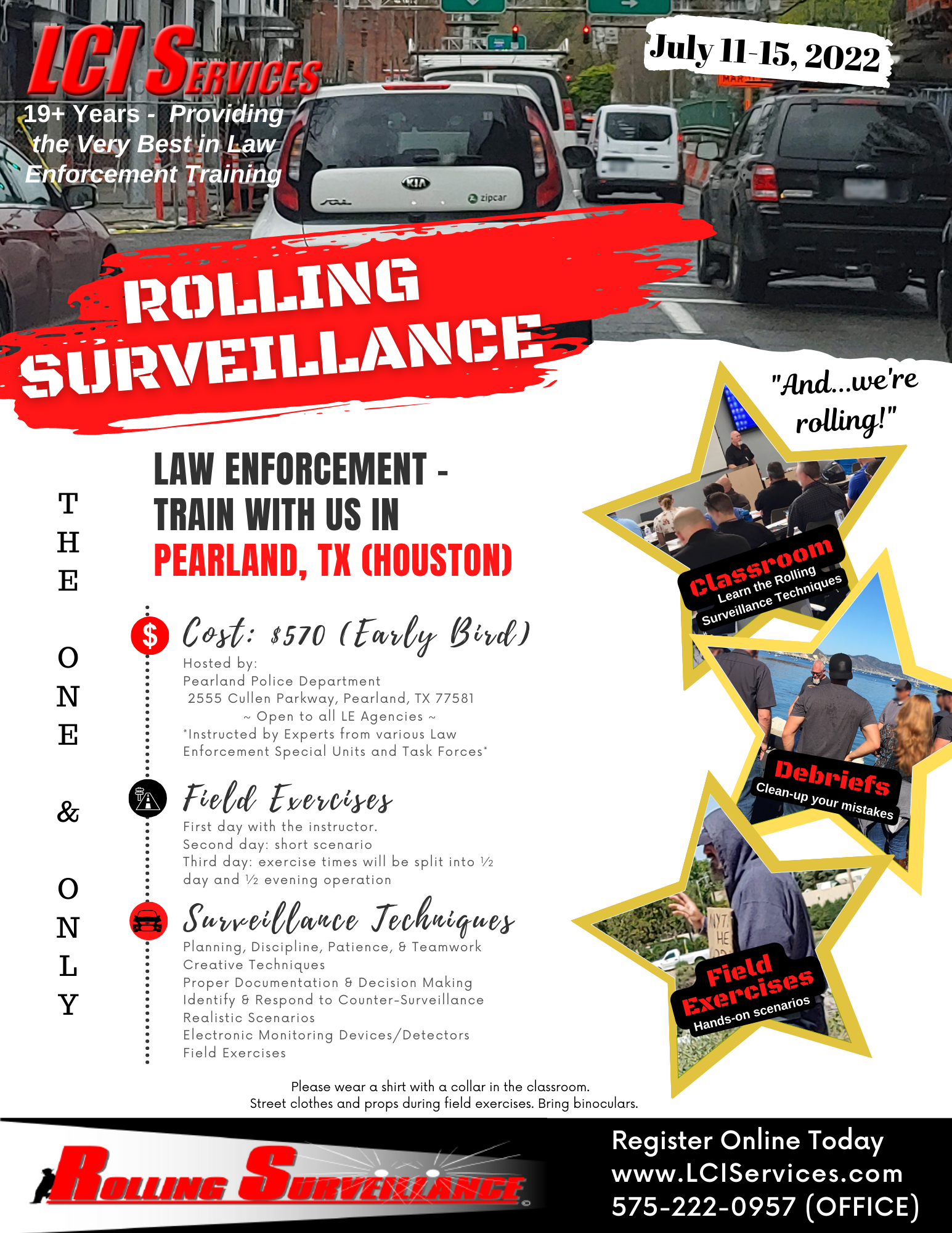 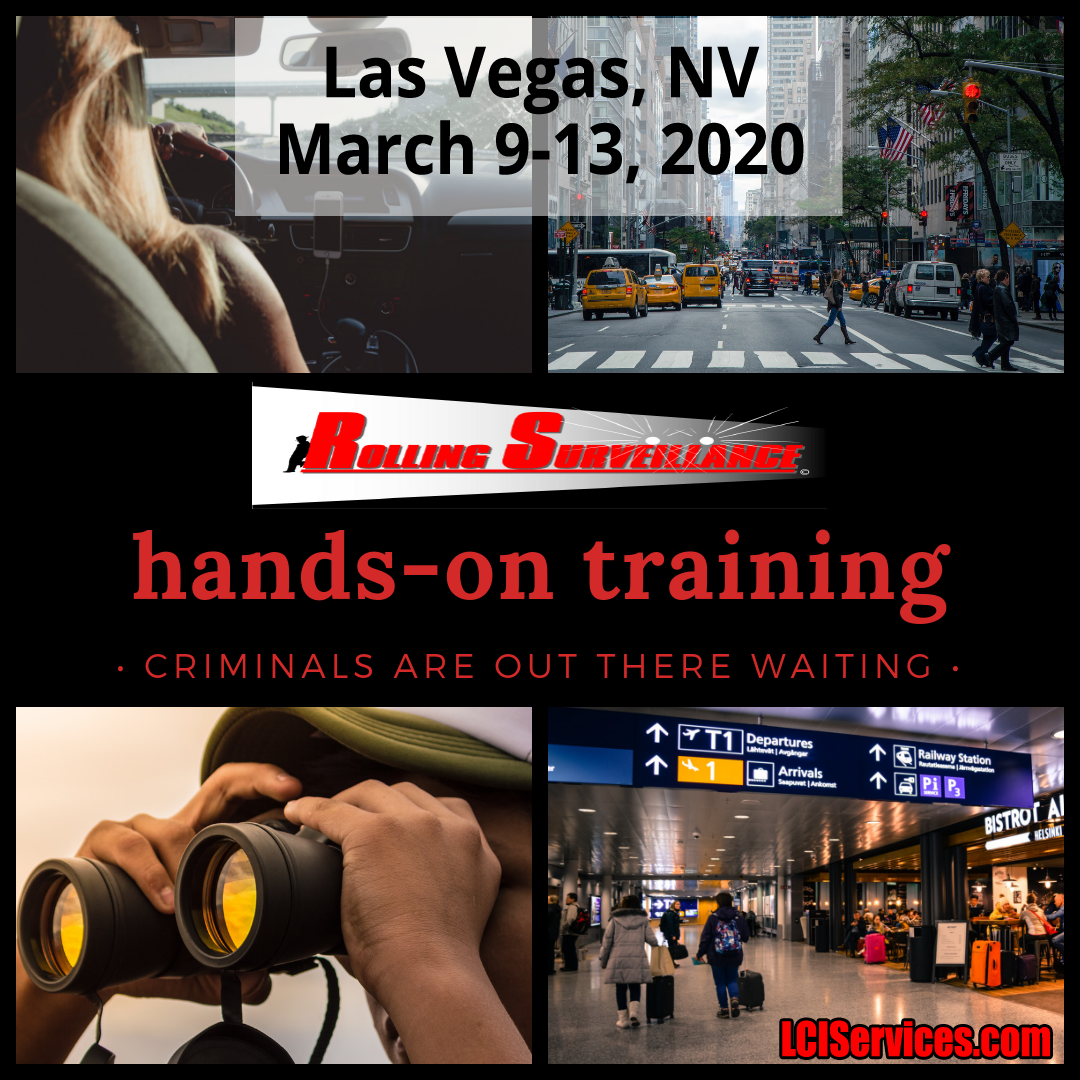 The best in Physical Surveillance training for law enforcement is coming to Las Vegas, NV in March 2020. Rolling Surveillance!